Sell out for the R&B Festival

Who says radio advertising doesn't work??!! I've just had an e-mail from the Great British R&B Festival organisers to say that the first night - Friday - is a sell-out, for the first time in the event's history! They've already noted a tremendous number of ticket sales in our area, so what more proof do you need?! It's the 21st year of the festival, and there's a fantastic line-up. The first I went to was the 10th anniversary, which was quite amazing - but this year looks to surpass even that. It's a great shame Peter Green was forced to pull out (due to health issues) but the remaining line-up is still very impressive indeed. I'm hoping to get along on at least one of the nights, but I guess I'd better get my tickets PDQ!

I want to be a dentist - you get to play with some pretty impressive kit, and you've always got a very attractive assistant to cater for your every whim! I've just been along and had a VERY DEEP filling, according to mine - he said he'd caught it just in time. Could be a little garbled at the quiz tonight, but I must admit, the anaesthetic doesn't seem to last anywhere near as long as it used to do!

I have to thank Andy Batters for a fantastic trip at the weekend. We flew from near Easingwold over the dales (via Gargrave Show) up to the Cumberland Gap on the M6, right across the Howgills, over Ravenstonedale, along the A66 to Richmond, Catterick Garrison, down to Northalleton and back to Easingwold. It was a little "challenging", with a fair amount of turbulence in places, but fantastic fun all the same! 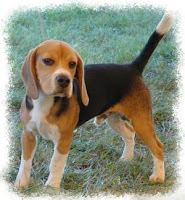 Once again we've had a great result following an appeal for a missing dog. Police received reports that the 22 month old Beagle had been taken by three girls from a garden at Draughton, near Skipton. A witness had reported seeing three girls put the dog into a car and drive off. It left the family, who were on holiday from Cambridgeshire, extremely distraught. Police called our newsroom, we reported the incident, and it was heard by the girls in question! As a result they turned up at Skipton Police Station with the dog, which has now been returned to it's very happy owners! Not too long ago we got a call from the police telling us about an armed robbery in Bradley, near Skipton - again we put out an appeal, with a description, and the culprit was spotted by a listener driving down the Aire Valley Trunk Road. Within minutes police had apprehended the suspect, and she was subsequently tried for the offence and jailed - another great result and another great example of the power of real local radio!
I've just made one of my most fattening meals ever - but oh, it was good! Chicken, rolled in streaky bacon, flash fried in rape seed oil, then oven baked for 10 minutes. I concocted a mustard, wine and cream sauce, adding chicken stock and using Dijon mustard and double cream, then I quartered some button mushrooms and fried them in rape seed oil and butter, adding garlic salt. Add new potatoes tossed in butter and chives, glass of wine, and you're sorted! Don't think I'll make Nigel Haworth's standard for a while, but at least I'm having a go!
Posted by James Wilson No comments: